The Jewelry Design & Repair Experts
About us 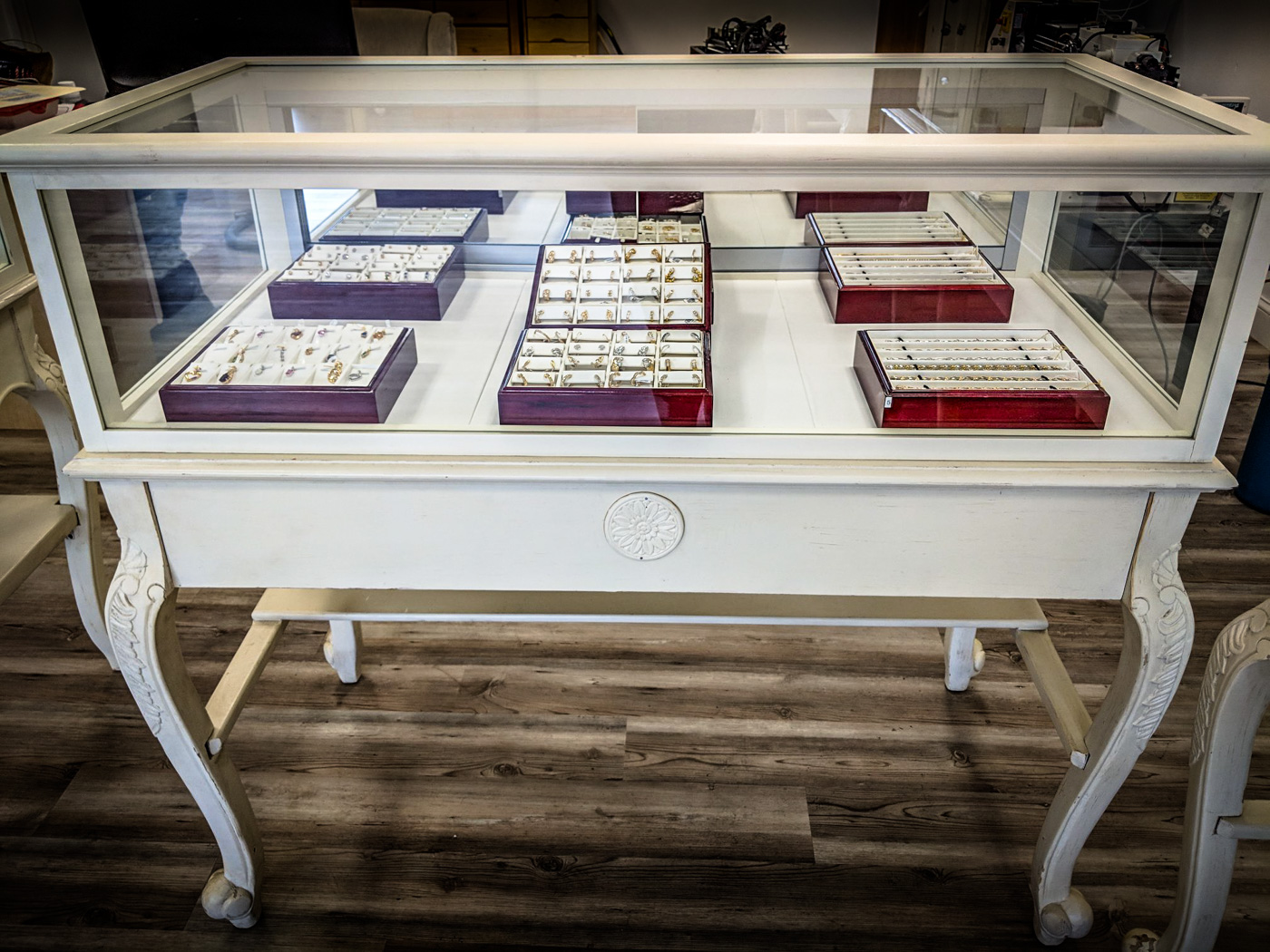 Since 1967, DeRosa of Boston Jewelers has been a full service jeweler;
selling, designing, hand crafting, and repairing fine gold and platinum jewelry to the public and trade
(other retail jewelers who don't have the ability to perform their own repairs or designs in-house).

We operate a full jewelry design and repair shop where we can quickly and expertly repair all your jewelry items;
we perform thousands of repairs for other jewelers and pawn shops all over the US on a monthly basis.

Our story started in 1967 when Joseph DeRosa as a young man started the business DeRosa of Boston Jewelers in the Jewelers Exchange Building in Downtown, Boston MA.

In the early days, Joseph mainly did repairs for the trade; providing other jewelers with basic jewelry repair services. As the business grew, Joseph expanded the business to include DeRosa of Boston Jewelers in Plaistow, NH where he operated the business until his retirement in 2007.

Carl (Carlos Alberto) is a third generation jeweler who learned the craft of jewelry making and repairing from his father and grandfather at an early age in Leiria, Portugal. At the age of 10, Carl immigrated to the US where his family settled in Fall River, MA. In these early years adjusting to a new culture and language, Carl dove into his obsession of teaching himself how to draw portraits in pencil and to paint using oil from studying books of the old masters which he got from the Public Library in Fall River. Carl was a gifted artist at this early age, winning many awards at local competitions and showing. Carl primarily loved to do portraits in pencil where he could easily obtain a likeness of the subject. Still today on of Carl' favorite past times is drawing.

In 1986, Carl's second year in college, he was exposed to the new world of computers. Carl says "I was instantly hooked, it immediately became another one of my obsessions; just like drawing and painting". In the years that followed, Carl built hundreds of computers and taught himself just about anything he could learn regarding computers; "there hasn't been a day since then that computers have not been a part of my daily life".

Upon graduating college with an aviation degree; Flight Training, Carl joined the Management Training Program with Service Merchandise, the nations leading jeweler at the time, becoming the companies youngest jewelry manager in the companies history. With Carl's deep knowledge of the industry, his ability to connect with people, Carl moved through the ranks as one of the companies top performing managers.

In 2000 Carl left Service Merchandise to start his first venture in Derry, NH which he named 'Princess Jewelers' after his daughter Chantel; his 'little princess', as he put it

"After all, isn't it every little girl's dream to be a princess..."

In the years that followed, Carl Started several other jewelry related businesses, Chantel Jewelers in Lowell, MA in 2002. In 2007 Carl took over operation of DeRosa of Boston Jewelers located in Plaistow, NH. In 2018 the store was moved to Hooksett, NH.

It is my opinion that many people in the jewelry business have lost the focus of 'old fashioned' service. Many seem to be more interested in the sale, rather than doing the right thing based on the customers needs. "Our number one priority is to always do what is best for the customer".

In keeping up with our values, we believe in full disclosure and a high level of communication with the customer.

Prior to any work being done, we provide every customer with a written estimate detailing exactly what is to be done. The material cost and labor cost. We fully explain the process along every step of the way.

In keeping up with another one of our core beliefs; jewelry not only has to be beautiful, long lasting, but also AFFORDABLE !

That is why we encourage all of our customers to shop around. When they do, they quickly realize that we provide outstanding value in the industry with the services we provided; in most cases, greatly below what other charge.